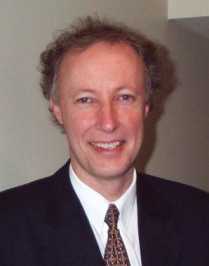 
Longitudinal tracking of the deposition of beta-amyloid over a period of 2-3 years with the use of PET imaging radiotracers in patients with mild cognitive impairment can help predict progression to Alzheimer’s disease or reliably rule it out as a diagnosis.

Those results, reported in two studies of the investigational agents 11C-Pittsburgh compound B (PiB) and 18F-florbetaben at the annual meeting of the Society of Nuclear Medicine and Molecular Imaging in Miami, showed that the tracers could be used to predict progression to Alzheimer’s in 66%-75% of those with elevated binding of the agents to beta-amyloid plaques in the brains of individuals with mild cognitive impairment (MCI). In cases where an individual tested negative for elevated beta-amyloid binding, fewer than 20% progressed to another type of dementia.

Results such as these show that detecting beta-amyloid burden in the brain “can help lead to diagnosis of Alzheimer’s disease when a patient has mild symptoms rather than wait until they have established dementia as is the current clinical practice. This may have important benefits for the patient, for their family, and for society,” said Dr. Christopher Rowe, the lead investigator on the PiB study and senior investigator on the florbetaben study.

The PiB study, called the Australian Imaging, Biomarkers, and Lifestyle Flagship Study of Ageing, included 92 patients with MCI. At baseline, Dr. Rowe and his colleagues detected high PiB binding in 65% of MCI patients. After 3 years, 66% of MCI patients who had a positive scan for high beta-amyloid burden at baseline had been diagnosed with Alzheimer’s, compared with only 7% of MCI patients with a negative scan.

Other studies of PiB out to 6 years of follow-up have shown that patients accrue beta-amyloid at “an incredibly slow” rate of about 2% per year. “If you have a negative scan, you can be reassured that you’re not going to have Alzheimer’s disease for at least the next 10 years,” Dr. Rowe said at a press conference at the meeting.

Because the half-life of PiB is only 20 minutes, it is not suitable for clinical use. The 2-hour half-life of florbetaben and other 18F amyloid radiotracers make them much more cost effective for clinical use, noted Dr. Rowe, director of the department of nuclear medicine and the center for PET and a consultant neurologist to the memory disorders clinic at the Austin Hospital in Melbourne, Australia.

The florbetaben study involved 45 patients with MCI who received PET imaging with the compound. At baseline, 53% had a high level of neocortical binding, and binding increased 3% after 2 years in those with already high levels. Overall, 75% of patients with elevated florbetaben binding progressed to Alzheimer’s disease, whereas 19% of those with a low level of binding progressed to other kinds of dementias.

“We don’t say that everybody who’s got Alzheimer’s disease should have these scans because I don’t think that would be cost effective. But in selected scenarios, when they’ve seen a memory specialist, I think these can be very useful clinically,” Dr. Rowe said.

He said amyloid imaging agents such as florbetaben have two potential uses:

• In patients with MCI who have seen a specialist who is not sure what the cause of the symptoms might be and wants to see if it might be Alzheimer’s instead of waiting years for dementia to develop. Because about 40% with MCI do not go on to develop dementia, amyloid imaging studies would be reassuring to those patients, Dr. Rowe said.

He disclosed that he has served as an investigator on studies for many of the companies developing amyloid imaging products, including Avid Radiopharmaceuticals, Bayer Schering Pharma, GE Healthcare, and AstraZeneca. He has also received payments for consulting for Bayer and GE. 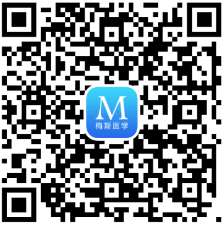